Defense of Land and Water as a Strategy to Eradicate Poverty

Human rights defenders have gone great lengths to protect the earth and community from degradation and extreme poverty; some have even given their lives. Berta Cáceras is a shining example of this sacrifice; she detailed how “we must undertake the struggle in all parts of the world, wherever we may be, because we have no other spare or replacement planet. We have only this one, and we have to take action”. Poverty is manifested when human rights are denied. Some of the most sinister ways are seen through land and water grabbing by the extractive industries; benefiting transnational corporations, these practices render communities poor and disenfranchised. Land and its resources, while important to all, have a particular significance for indigenous communities. An individual’s access to land and water is not only significant to health, sanitation, shelter and life, but also keeping the social fabric together. Local peoples are being displaced in many parts of the world; land grabbing has forced individuals to leave their homelands and begin anew. This displacement is dividing these individuals from their local community and grassroots organizations, further deepening the divide.

These divides are seen within the United States and in many other parts of the world. Within the United States, construction of the Dakota Access Pipeline has ignored the human rights of the local communities. Native American’s homeland is being destroyed, as well as their access to clean water. On a global scale, transnational corporations fail to see the long term effects that directly impact the land, water and community; “Southeast Asia has become one of the hotspots of the global land grab phenomenon, accounting for about 30 percent of transnational land grabs globally”[1]. Land and water defenders have advocated against this form of violation of human rights, taking action to highlight injustice to the earth and community. We stand in solidarity with them and honor, in particular, the life of Berta Caceras—teacher and activist who gave her life for the cause.

This panel discusses issues faced by communities as well as diplomatic, political, and legal solutions.

Defesnse of Land and Water as a Strategy to Eradicate Poverty, a UN CSocD Side Event 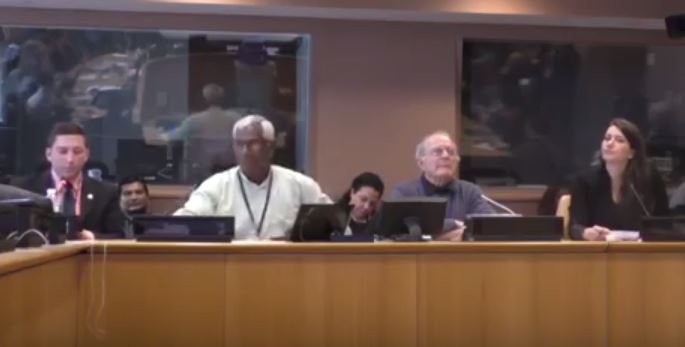 Poverty manifests when human rights are denied. One of the most fundamental forms of this denial emerges through land and water grabbing by the extractive industries. Land and water defenders have...
View »