Eliminating the Trafficking of Children and Youth

The trafficking of persons is a crime that shames us all. Pope Francis has called it “a crime against humanity” and “an open wound on the body of contemporary society.” It thrives on the silence and complicity of many sectors of society as well as on the desperation that many who live in poverty experience through their life. With false promises of a better life and financial security, traffickers lure innocent victims into a web of pain and suffering.

Of the 21 million people trafficked each year throughout the world it is estimated that 5.5 million are children. They often experience intense suffering due to violence, exploitation and abuse at the hands of unscrupulous traffickers and employers. Trafficked children and youth can be found in prostitution, pornography, sex tourism, forced marriage, sweatshop work, begging, child soldiers and many sectors of agriculture. This needs to stop.

A panel of experts will address some of the key dimensions of this crime against children and youth that has led to trafficking and other forms of modern day slavery. Included in the discussion will be the following topics:

Permanent Observer of the Holy See to the UN

Eliminating the Trafficking of Children and Youth 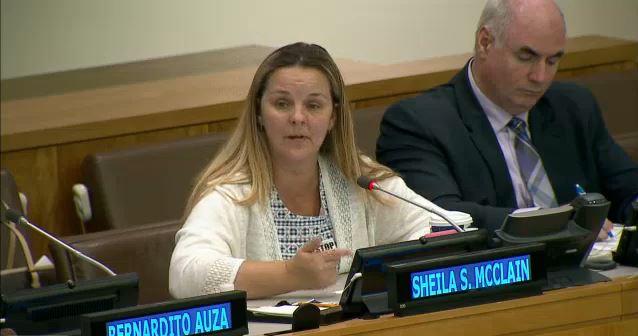 13 Jul 2016 - Organized by the Permanent Observer Mission of the Holy See, in cooperation with the NGO Committee to Stop Trafficking in Persons, the Salesian Missions, the Greek Orthodox...
View »