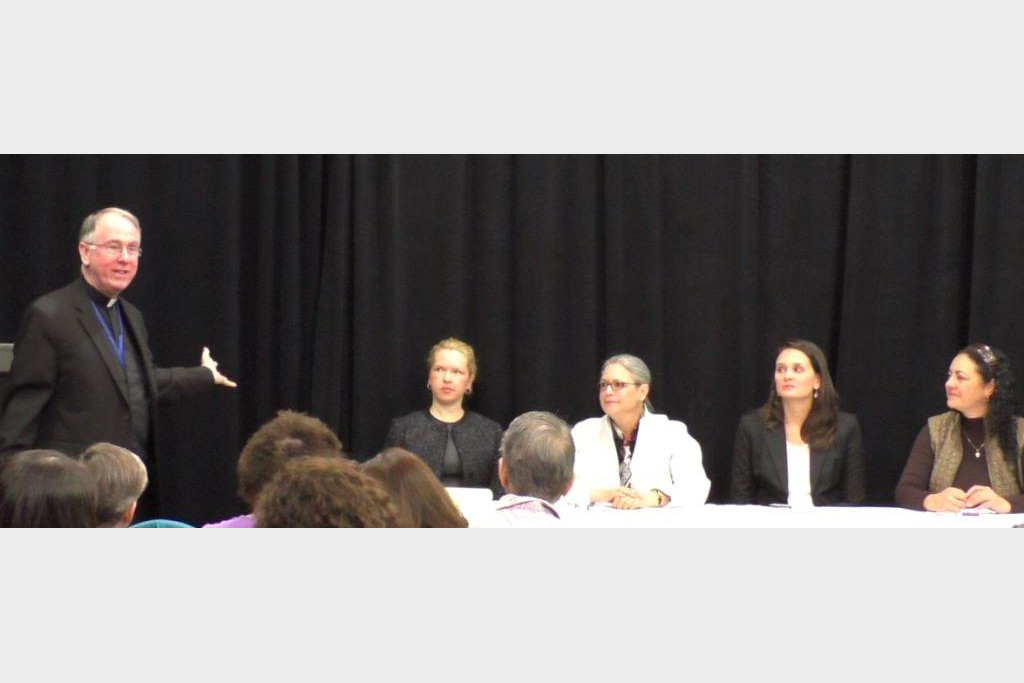 NEW YORK–A panel discussion titled, Trafficking & Migration, Girls & Women: Human Rights Have No Borders, took place March 9, 2015, at the United Nations and brought together migration and trafficking experts. The Event was co-sponsored by the Greek Orthodox Archdiocese of America and the Salesians of Don Bosco.

The Greek Orthodox Archdiocese of America and the Salesians of Don Bosco have submitted a Statement to the Fifty-ninth session of the Commission on the Status of Women. This Statement was received by the Secretary-General, Member States, and all participants as an official document of the Commission.  The Statement is available at: http://www.un.org/ga/search/view_doc.asp?symbol=E/CN.6/2015/NGO/94