Presentation of the Papal Encyclical to the United Nations Community by Peter Cardianal Turkson and Rev. Dr. John Chryssavgis 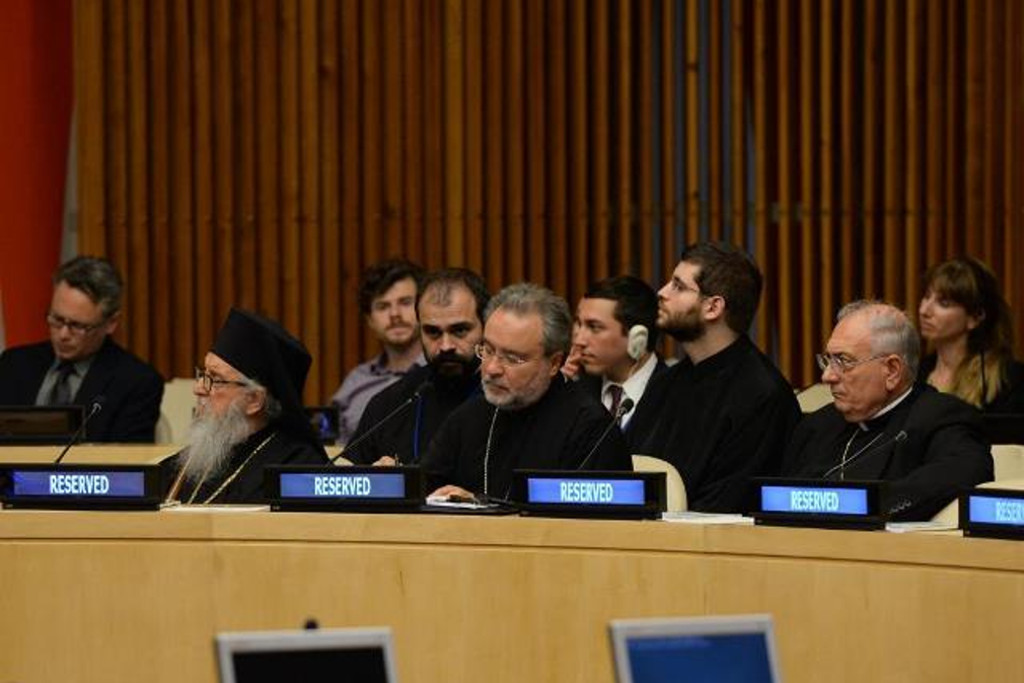 NEW YORK – At the invitation of Archbishop Bernardito Auza, Apostolic Nuncio and Permanent Observer of the Holy See Mission to the United Nations, the Rev. Dr. John Chryssavgis, Advisor to the Ecumenical Patriarch on Environmental Issues and Theological Advisor to the Ecumenical Office of the Greek Orthodox Archdiocese of America, responded to Cardinal Peter Turkson’s remarks at a high level discussion marking the publication of His Holiness Pope Francis’ encyclical entitled “Laudato Si’: On the Care of our Common Home.”  The event took place the evening of June 30 in the ECOSOC Chamber at the United Nations Headquarters.  Mirroring the Vatican press conference of June 18, this high level discussion is yet another example of positive developments between the Roman Catholic and Orthodox Churches.

Christina Figueres, the Executive Secretary of the UN Framework Convention on Climate Change (UNFCCC), delivered opening remarks.  Peter Cardinal Turkson walked the room through the drafting and finalization process of the encyclical.  Rev. Dr. Chryssavgis responded by describing the historical and ecumenical context of the document.  Finally, Bishop Nicholas DiMarzio, the Roman Catholic Bishop of Brooklyn, and Archbishop Demetrios of the Greek Orthodox Archdiocese of America briefly commented at the end.  Archbishop Auza moderated.

His All-Holiness Ecumenical Patriarch Bartholomew, having earned the informal title “Green Patriarch,” has for more than two decades championed issues related to the environment and care for our planet.  The Orthodox Christian Community, through the Department of Inter-Orthodox, Ecumenical, and Interfaith Relations of the Greek Orthodox Archdiocese of America, welcomes this opportunity to highlight and advance the work of both Ecumenical Patriarch Bartholomew and Pope Francis.