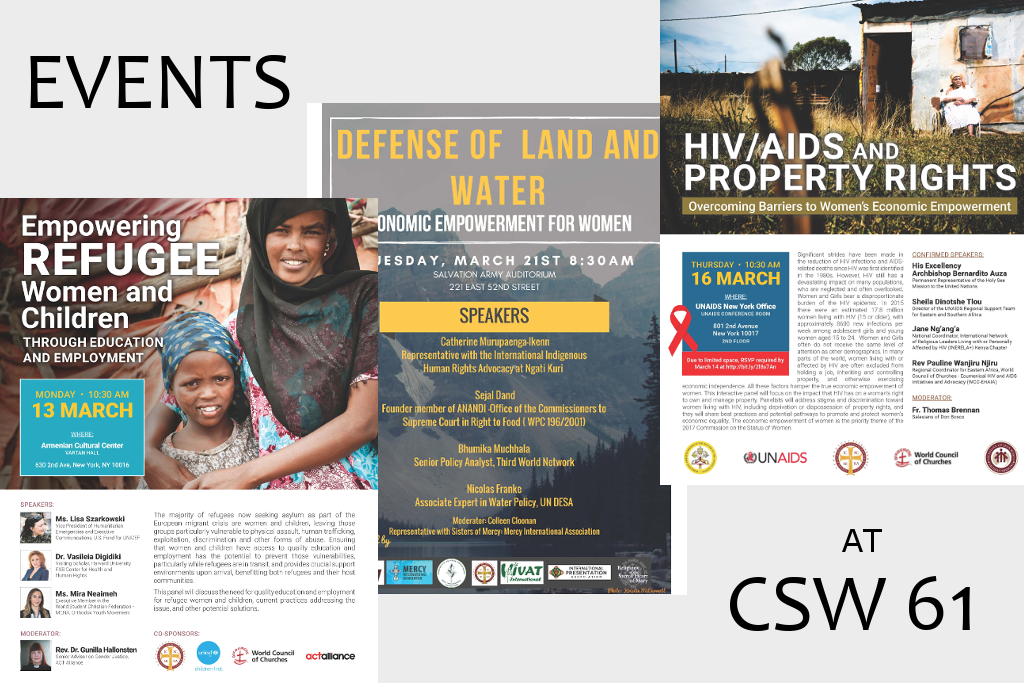 NEW YORK ‒ The Greek Orthodox Archdiocese of America will be heavily involved in the 61st United Nations Commission on the Status of Women, continuing its decades-long work in promoting women’s rights.

The functional commission is held annually in New York City at U.N. headquarters, and is generally aimed at advancing gender equality and the empowerment of women worldwide.

During the two-week commission, the Archdiocese is co-sponsoring three parallel events that will focus on various topics related to women’s economic empowerment. All three events are open to the public.

More information about the three events can be found here:

The Archdiocese has also submitted two policy interventions to the commission. The statements encourage the commission to act urgently to end violence against refugee women and girls and to ensure equal access to medical treatment and to property ownership, regardless of their HIV status.

The Archdiocese has been actively working at the U.N. for more than 35 years since it was first accredited in 1979. The pan-Orthodox effort is directed by the Department of Inter-Orthodox, Ecumenical and Interfaith Relations.

Stay informed about the work of the Greek Orthodox Archdiocese at the U.N. by signing up for our mailing list.