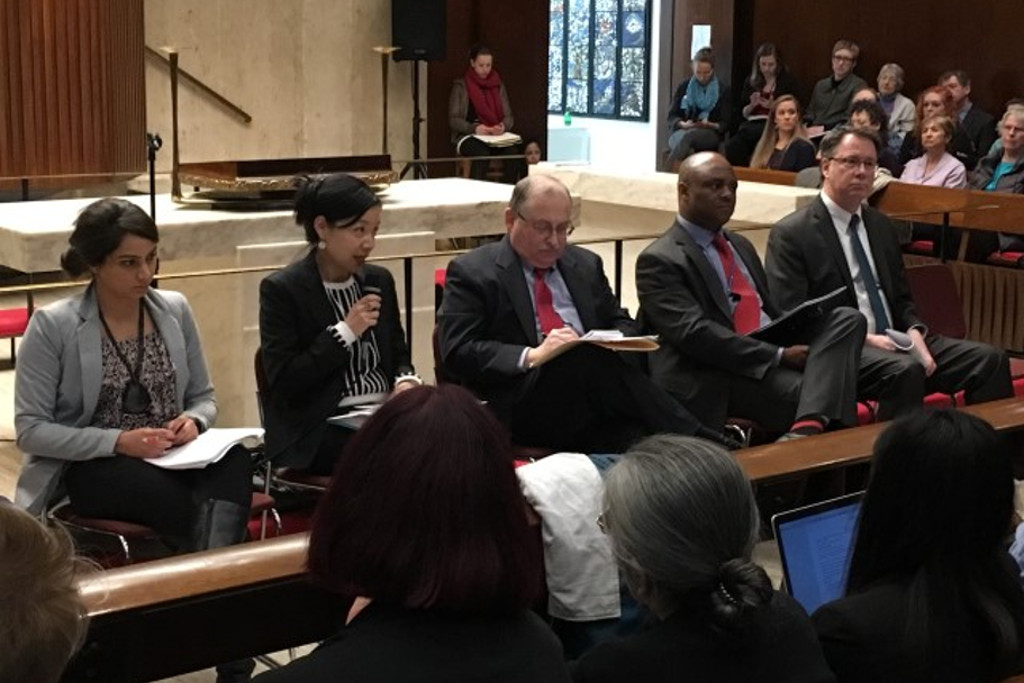 NEW YORK – During the 60th UN Commission on the Status of Women, the Greek Orthodox Archdiocese of America, together with the World Council of Churches and the Lutheran World Federation, co-sponsored an event entitled, Forced Migration, Human Trafficking, and Child Soldiers: How ISIL is Exploiting the Conflict in the Middle East.

A robust dialogue among policy, legal, and academic specialists explored ISIL’s exploitation of the current political and humanitarian crisis in the Middle East, with careful attention given to ISIL’s impact on the spread of forced migration, human trafficking, and child soldiers. A recording of the event can be found at http://bit.ly/225Nso4.

Emphasizing the need to empower all members of society to combat the ISIL threat, Edward Flynn reminded the audience that, “Member States have been called upon to empower civil society groups, community leaders, religious leaders, women, youth, families, to bring them into the struggle against such organizations. Engagement and empowerment is a critical element to confronting the ISIL threat.”

Following the event, Archimandrite Nathanael Symeonides, Director of the Department of Inter-Orthodox, Ecumenical, and Interfaith Relations of the Greek Orthodox Archdiocese of America, noted the need to supplement with prayer efforts to combat the exploitation of human beings: “While nations, civil society organizations, and individuals labor to end the exploitation of human beings, we must remember that prayer is a necessary tool in our search for reconciliation, peace, and the reconstitution of human dignity in the lives of those who have been exploited and harmed.”