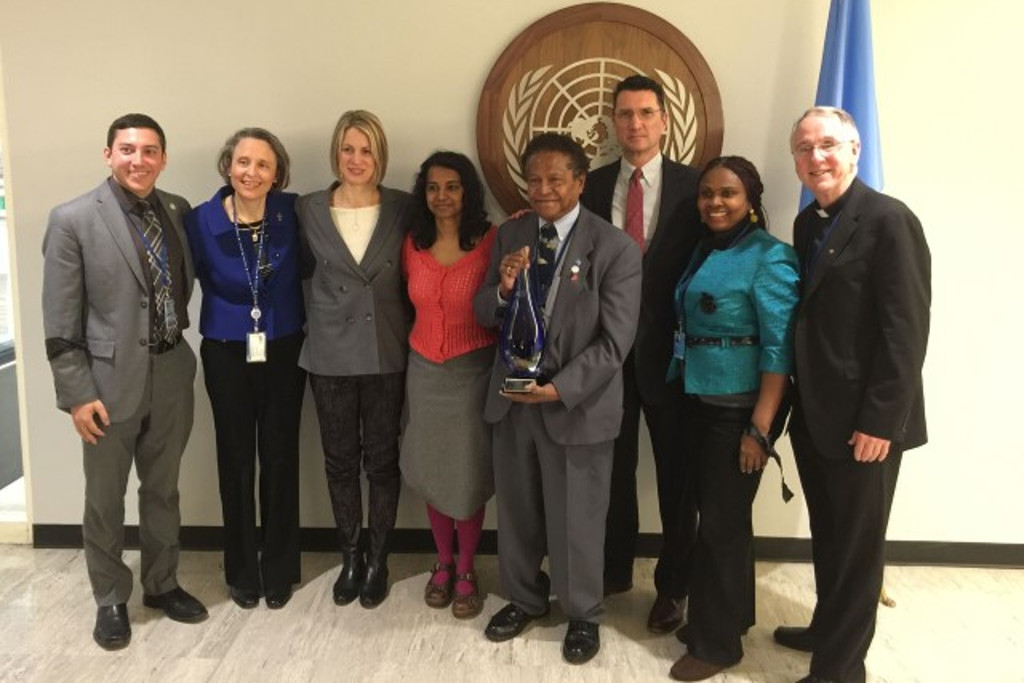 During his remarks, Ambassador Otto reminded the world that “access to water is essential to the empowerment of women.” Other panelists expanded on the concept of women’s empowerment through water justice by emphasizing the relationship between the human right to water and sanitation and other areas of the 2030 Agenda for Sustainable Development, including the eradication of poverty, education for all, and a healthy society, particularly for girls and women.

Panelists emphasized the need for intersectional analysis taking into consideration that lack of access to water and sanitation most deeply impacts poor women living in the global south or from racialized and indigenous communities of the global north. Poor women from marginalized communities are also less likely to have decision-making power when it comes to water resource allocation and management.

Emem Okon from WoMin, an African gender and extractives alliance, pointed to the impacts of pollution caused by extractive industries on the health, well-being, socio-economic rights and power of women in the Niger Delta. The traditional economic activities of women consist of fishing and farming. However, the pollution of rivers, streams, and lakes – as well as the destruction aquatic life – eliminates access to safe drinking water and destroys the livelihood of women, she argued.

Meera Karunananthan of the Blue Planet Project discussed the adverse impacts of the privatization of water and sanitation services on poor women calling on governments to step up and ensure that these vital services are delivered in a manner that serves the public interest rather than private profit.

In addressing the vital importance and centrality of access to potable water and sanitation, Mark Gruin of International Orthodox Christian Charities told the audience that when his organization approached their counterparts in Tanzania expecting to put their limited resources towards medical services for the rural Tanzanian communities they served, they were told unequivocally that they needed clean water before anything else was possible.

Christiana Peppard, Professor at Fordham University discussed the importance of the Human Right to Water and Sanitation as an important counter-narrative to the commodification of water, as a catalyst for action and a standard of accountability. She stated that “access to water is a right to life issue because it is fundamental to all other human rights.”

The event concluded with a recognition of the role that women have played in defending land and water around the world. Recently assassinated Honduran activist Berta Càceres was remembered with a minute of silence. Of her ongoing legacy, participants reflected on the Latin American quote: “They buried us. They did not know we were seeds.”

A full video recording of the event can be found http://bit.ly/1N4ZpDC.