Access to Safe Drinking Water and Sanitation is Essential to Promoting Empowerment of People, Eradication of Poverty, Social Integration, and Full Employment and Decent Work 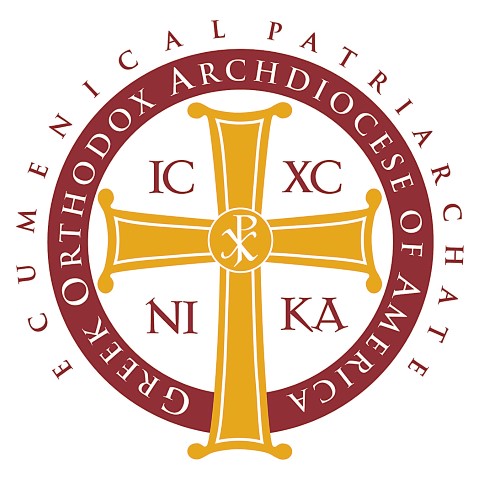 Statement submitted by the Greek Orthodox Archdiocesan Council of North and South America, a non-governmental organization in general consultative status with the Economic and Social Council.

“On a visit to Leningrad some years ago, I consulted a map to fine out where I was, but I could not make it out.  From where I stood, I could see several enormous churches, yet there was no trace of them on my map.  When finally an interpreter came to help me, he said: ‘We don’t show churches on our maps’…It then occurred to me that this was not the first time I had been given a map which failed to show many things I could see right in front of my eyes.  All through school and university I had been given maps of life and knowledge on which there was hardly a trace of many of the things that I most cared about and that seemed to me to be of the greatest possible importance to the conduct of my life.” (E.F. Schumacher, A Guide for the Perplexed, 1977.)

While reviewing documentation on the progress of implementation of access to safe drinking water and sanitation, with a view to support to social Protection Floor schema, it was difficult not to be reminded of the many idealistic writings published by the United Nations.  The Charter of the United Nations, setting forth its purpose and principles; The Universal Declaration of Human Rights; The Global Compact; The Copenhagen Declaration; The Millennium Declaration; The Monterrey Consensus, and although not an official UN Document one nonetheless widely acclaimed by NGOs and civil society, The Earth Charter, just to mention a few, are filled with moral and ethical values and concerns regarding the promotion of social justice and equity: a world community respecting the very dignity of each human being, animal, plant, and earth herself.  Wording in these documents is both idealistic and well-chosen to inspire and motivate the human community to action o fulfillment of promises made and commitments taken.  And yet, as NGOs and other members of civil society bring voices from the grassroots to testify, especially from the developing world, they do not see equal and full protection of human rights, access to safe water, sanitation, food and so many other promised elements of development that are necessary for meeting the basic needs of those living in poverty on the map.  Very perplexing!  As the human race moves forward on this earth the need for productive, meaningful cooperation and compromise among nations, government, institutions, and peoples is urgent.

The concept of sustainability  and its lack of incorporation, for the most part, into policies, planning and implementation of development projects, including the MDGs, has left the human family and our planet in precarious circumstances.  According to the most recent report of the Special Rapporteur on the human right to safe drinking water and sanitation, Catarina de Albuwuerque, (A/HRC/24/44), “about 1.8 billion people are estimated to lack access to safe water, 2.5 billion have no toilets, septic tanks, piped sewer systems or other means of improved sanitation and about 1.1 billion people still practice open defecation.”  (It is to be noted that these figures vary depending on the collection method and source consulted).  That being said, according to the UN Global Analysis and Assessment of Sanitation and Drinking Water 2012 Report (GLASS) found a “growing political will for WASH implementation as expressed in new efforts to be more accountable and to plan and coordinate more effectively.”  Angola, Gambia, Malawi, and Rwanda are countries cited by the report for making the most progress in providing water and sanitation since 1995; while according to self-assessment reporting for the establishment of policies and financing Burkina Faso, Egypt, Ethiopia, Ghana, Kenya, Oman, Rwanda, South Africa, Thailand and Uzbekistan have been listed.  These reports, as well as others, covering different dimensions of the issues surrounding access to safe water and sanitation, are particularly timely in light of the intense work undertaken at present to formulate strategic goals for post 2015 sustainable development.  Persons who lack access to safe water and sanitation remain excluded from the most elementary opportunities for social integration and inclusion.  Women and children are especially affected since they are most often required to gather the water for the family and due to this investment in time and energy, are denied the right to attend school and maintain employment.  Additionally, they often suffer from preventable water-borne diseases.

Several NGOs and members of civil society have endorsed the ILO’s Social Protection Floor concept and have included not only universal social security but the provision, by right, for meeting basic needs, such as water, sanitation, food, housing and thus the emergence of the concept of Social Protection Floors.  Services to be included in the Social Protection Plan should be determined from the voices of the people and implemented by national governments.  Several countries have already implemented various services such as universal health care, access to basic education, and pensions.  Thailand (population 0.1 billion) is an excellent model of progress toward, a “nationally defined social protection floor.”  In 2010 according to ILO data, Thailand had a fragmented social protection floor in place.  It focused on workers employed in formal sectors and civil servants.  The poorer population had access to “ad-hoc means tested programs.”  However, recently Thailand disclosed a plan to expand the social protection floor based on national dialogue.  The plan, a partnership between the UN within the United Nations Partnership Framework and the royal Thai Government, includes recommendations, cost estimates, as well as, policy and implementation issues in an effort to develop a comprehensive social protection floor of the country.  The framework developed by Thailand could serve as a model to other governments thus affording opportunities for collaboration, cooperation and the fulfillment of promises made toward the eradication of poverty.

UNICEF, with the assistance of its many and reliable partners, from both corporate and private sectors, has been able to extend WASH programs to schools, towns and rural areas in many developing countries.  Programs in schools have ideal opportunities for initiating change that could have far reaching effectiveness, since the children learn and practice good hygiene habits with the advantage of clean water and soap provided.  Separate, safe latrine/toilet facilities for girls and boys have helped to keep girls from dropping out of school as they mature rather than being left to the public sector where they become easy prey/victims of violence due to lack of safety and privacy.  Girls who complete higher levels of education will be more self-sustainable and will assist in raising the morale, overall quality and productivity of life for the family and the entire population.  The benefits of providing safe water and sanitation services advance the overall health of populations, decrease mortality rates, eliminate some water-borne diseases entirely, thus, allowing for more regular participation in schools and other education programs, as well ass, contribute to a more productive work force.  Food security and environmental stability would increase.

We commend the efforts and progress made by governments, UN Departments and Programs, and civil society to bring safe water and sanitation to developing countries and remote areas in some developed countries.  Often the barriers to be overcome are not recognized or appreciated by society,  Customs and cultural traditions often prevent progress.  Between 1990 and 2010, according to UN-Water, 2 billion people gained access to safer drinking water and 1.8 billion received improved sanitation.  The GLASS report cited the “principle challenge identified is to maintain focus on sustaining the WASH services that have already been delivered.”  We are reminded of the global response to the need for financing for development when the heads of state and government met in Monterrey, Mexico, 2002 and set in place a multi-stakeholder process in order to facilitate the accomplishment of the Millennium Development Goals.

In light of the above challenges, the fact that population increase is rising and water scarcity is becoming a major problem due to greater competition for water by agriculture and industry, as well as, falling water tables, we make the following recommendations:

Note: The statement is endorsed by the following non-governmental organizations in special consultative status with the ECOSOC: Company of the Daughters of Charity of St. Vincent de Paul; Dominican Leadership Conference; Passionists International; Sisters of Charity Federation and; The Partnership for Global Justice